The Sheraton Waikiki pool next to RumFire will fill with lava and other visual wonders when the hotel debuts two 3-D pool-mapping light shows. The “Helumoa” shows, open to resort guests and the public, will be play nightly at 8 and 9 p.m.

The hotel hired PointCloud to create two projection-video light shows at a cost of $1.3 million using its latest Raylight4D technology. The 7,503-square-foot Helumoa Playground pool will serve as a screen for shows, which are titled “Helumoa: The Birth of Hawaii” and “Helumoa: The Legendary Story of Waikiki.”

The first show, at 8 p.m., will feature displays of molten lava flowing from volcanic eruptions depicting the creation of Hawaiian Islands. From there it will illustrate how Native Hawaiians used ancient hula as a way of sharing the story of aumakua, or ancestor deities.

The second light show, at 9 p.m., will illustrate the early days of Waikiki, starting with an introduction to the Hawaiian sport of surfing and the rise of two of Hawaii’s most historical resorts, the Moana Surfrider, A Westin Resort & Spa, which opened in 1901, and the Royal Hawaiian, a Luxury Collection Resort, which opened in 1927. 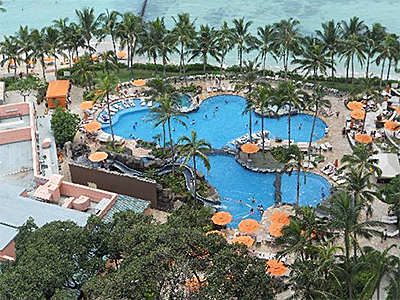 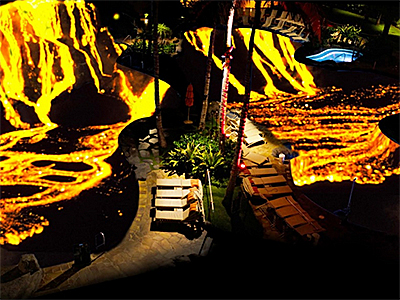 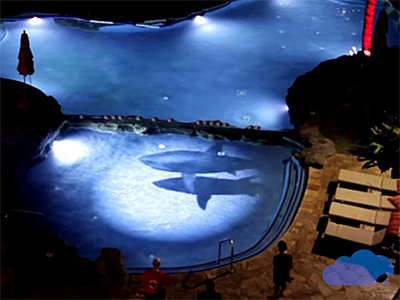