The technological cat and mouse game between hotels and criminals has been heating up, reports the New York Times. Smaller and cheaper cameras, smarter key card systems and communication among hotels add up to a more closely watched environment than in the past but criminals are also using new technology to foil security measures and execute scams.
Cameras are typically installed in public spaces like lobbies and hallways, said H. Skip Brandt, executive director of the International Lodging Safety and Security Association. The numbers of those monitored public spaces are multiplying as video cameras and systems come down in price and increase in power.

New card key systems have become increasingly sophisticated and their uses have expanded beyond opening the guest room door, as Hotel Management earlier reported. “One of the biggest trends [of 2013] was the concern about the security of the cards and the system, based on the hacking incidents and all the publicity that got,” said Bill Oliver, president, North America at VingCard Elsafe, a hotel security company. “I think the incidents demonstrated both lock providers and hoteliers need to pay attention to the evolution of technology.”

Employees’ key cards can record which housekeeper, security or maintenance employee has entered a guest room. More hotels are requiring their guests to insert their keys into hotel elevators. 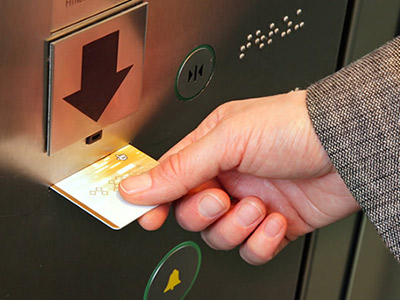 While hotel chains can be fiercely competitive, they cooperate in matters of security. In his work with the International Lodging Safety and Security Association, which includes heads of security at local and nationwide hotels along with representatives from law enforcement, Mr. Brandt manages email lists to share information about criminal or suspicious activity at the hotels, as well as police reports and educational materials.

Criminals are increasing their use of technology as well, said Vijay Dandapani, president of Apple Core Hotels, a group of five boutique hotels in Midtown Manhattan. He has seen hackers create a free Wi-Fi hot spot that looks as if it is offered by the hotel, to record guests’ keystrokes and gain access to their data.

Workers at some hotels are trained to identify other types of “guests.” The American Hotel and Lodging Association Educational Institute recently offered a video to help hotel employees identify and help victims of child trafficking and prostitution. The 30-minute online course is part of a group of videos that educate hotel workers on potential criminal activity.

Solutions for prevent crime in hotels: 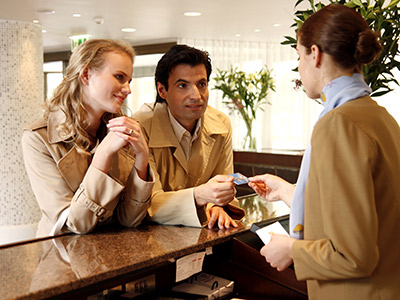